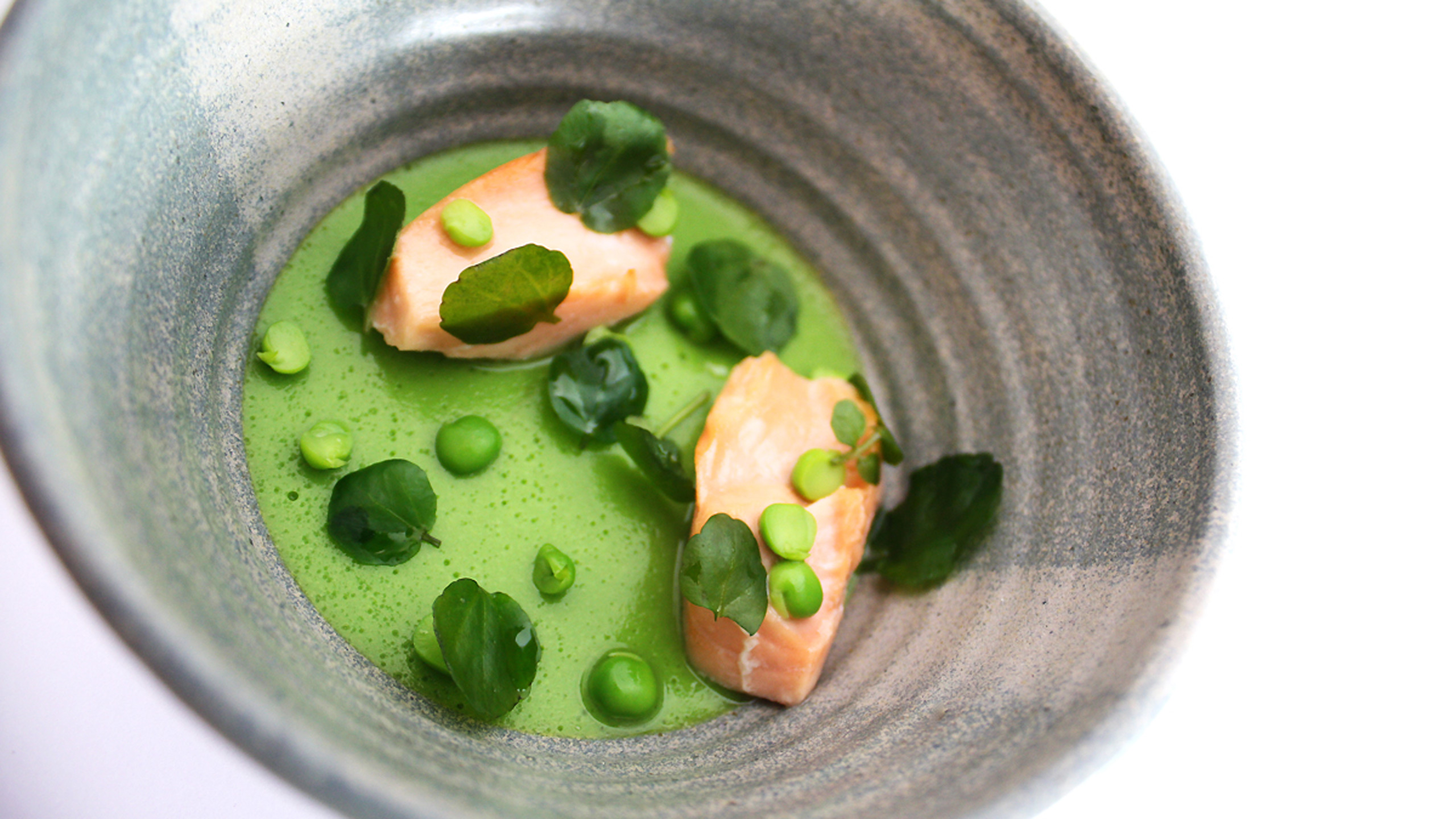 In August 2007 Kevin and Jacki Mangeolles relocated to Norfolk to open The Neptune Restaurant with Rooms, a charming 18th century former coaching inn, refurbished to provide an intimate restaurant and comfortable accommodation; warm and friendly but with a generous portion of outstanding quality.

The fine dining restaurant serves modern British food, skillfully cooked and served in relaxed surroundings with attentive, friendly service. The restaurant has been awarded 3 AA rosettes and has retained a Michelin star since 2009. The restaurant has an emphasis on fresh, local produce.

A stone’s throw from the beach at Old Hunstanton, the Neptune with it’s four cosy bedrooms is ideally placed both as a gourmet bolthole and for exploring the attractions of the North Norfolk coast.

Owner-Chef Kevin Mangeolles uses the best seasonal produce that Norfolk has to offer, including locally landed Fish & Lobsters, Norfolk Pork and Game from the local estates and farms.

Dining at The Neptune is an unhurried and relaxed experience.

Stay by the Coast in our tastefully styled and comfortable rooms. Then wake up to early light flooding in, an exceptional breakfast and sea air as standard. We have 3 superior double rooms and 1 standard double room. We normally have a 2 night weekend booking policy.

The perfect ending after Dinner for two (ideal if you don’t fancy driving home), or as a base to explore the wider area of North Norfolk.

We are also taking bookings for our 3 bedroom (1 double, 1 twin, 1 single) Holiday Cottage.

WE WILL BE SERVING OUR 3 COURSE MENU OR TASTING MENU FROM TUESDAY TO FRIDAY.   SATURDAYS WE SERVE ONLY THE TASTING MENU

APOLOGIES BUT WE ARE UNABLE TO OFFER GIFT VOUCHERS AT PRESENT.